The outstanding performance faculty of the music department joins select student musicians in a concert of wide-ranging repertoire of instrumental and vocal chamber music, works for chamber orchestra, world music, and jazz.

The world music part will include the shakuhachi and other world instruments in a premiere composition by our Hindustani singer, Warren Senders. 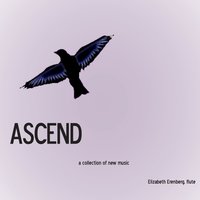 I will be playing a duet with Elizabeth Erenberg on flute written  by Jeannette Chechile called “Spring Flute Duet”. To find out more about the album this concert celebrates, see https://www.youtube.com/watch?v=67T2j19SCi4

All are welcome and wine and cake will be served afterwards. See you there!

For more information, go to Flutistry.

Closest T stops are Mass Ave on the Orange Line, and Symphony on the Green Line E train.

This is the last concert of the year for Tufts composers, and I will play a new piece called “A Tale” by Cagdas Donmezer. The first part of the piece looks promising, and I’m waiting to see the rest on Thursday (tomorrow)!

As usual, free and open to the public.

Elizabeth plays Koku (The Sky) during the concert at Distler Hall.

This will be a concert of newly composed duets for shakuhachi and classical guitar with Tufts performance faculty Elizabeth Reian Bennett and guest artist Aaron Larget-Caplan, and a variety of shakuhachi and guitar solos.

The core of the program will be pieces composed for shakuhachi and guitar by Martin Schreiner of Harvard, Prof John McDonald of Tufts, and composition graduates Jeffrey Shivers and Jeannette Chechile.

The solos I will be playing are another new piece by John, and a new favorite, called “Three Corner Melodies”; a classic Kinko style piece, “ Koro Sukagaki” and one of the earliest Myoan style pieces, “Koku”, or The Sky.

This event is  free and open to the public.

For this concert Elizabeth Reian will play premieres by Martin Shcreiner of Harvard; Tufts’ grad composers Wei Yang and Cagdas Donmezer; as well as a duet for two shakuhachis by John McDonald; and  a traditional piece. Composer and shakuhachi player Chris Molina also will appear with New York shakuhachi artist Marco Lienhard in pieces he has created.

The pieces we’ll be playing span traditional, to modern and contemporary. So expect to hear cranes, see birds of paradise, and hear new ideas and imagination at work. You’ll also hear three shakuhachi players from different genealogies, with different playing styles, a unique experience at Tufts.

Free and open to the public 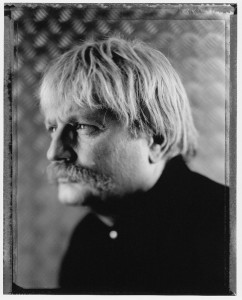 This piece by Karl Jenkins, a contemporary Welsh composer, features a chorus which sings in Latin and Japanese, and juxtaposes and overlaps psalms with haiku; the chords and overtones are eerie, unexpected and exquisite. The shakuhachi plays over and through the lyrics and orchestration.

Gozan: “The snow of yesterday that fell like cherry blossoms is water once again”

Issho: “From deep in my heart how beautiful are the snow clouds in the west”‘

Hokusai: “Now as a spirit I shall roam the summer fields”

Kaga no Chiyo: “Having seen the moon even I take leave of this life with a blessing”

Banzan: “Farewell, I pass as all things do like dew on the grass”

Check out this video with the composer:

To be held in the Kohnstamm Conference Room of the Jean Mayer Administration Building
201 Westboro Road
North Grafton, MA 01536

Elizabeth Reian will describe the early history of the shakuhachi, and include a selection of pieces that will range from early to contemporary, including an instrumental piece, Song of the Moon, and City of Lights, by John McDonald; with time for questions at the end.

Fans, come with your cameras and send me some pics! Signed CDs available at the venue.

Elizabeth’s performance of  Breeze/Seeds/Sun/Growth, by Jeannette Chechile, composing at Tufts University, will be featured in a duo with flutist Elizabeth Erenberg  as a part of Erenberg’s new CD. Erenberg plans to release her CD in spring of 2014. It features new music by contemporary composers for flute in combination with different instruments.

The program includes music for medieval flute and shakuhachi, the Japanese traditional flute; Baroque flute, piano and voice; a Baroque flute solo which is not quite a solo; some aleatoric music influenced by ancient Canadian and Japanese traditions; a piece for two pianos; songs for two sopranos and piano, and more songs to texts by Pablo Neruda, accompanied by percussion and Baroque flute – a varied program that brings together sonorities from around the world.

I will play a premiere by John McDonald for medieval flute (Na’ama Lion) and shakuhachi, called “Tuk”, as in missi-tuk, the Mystic River, which flows near us here. The other composers are Jorge Ibanez, Atsushi Yoshinaka and David Claman.